Patient partners are an essential part of Triple I and have been involved in the following areas of the project:

Patient partners’ perspectives are invaluable to the project and we thank our partners for their continuing contributions. 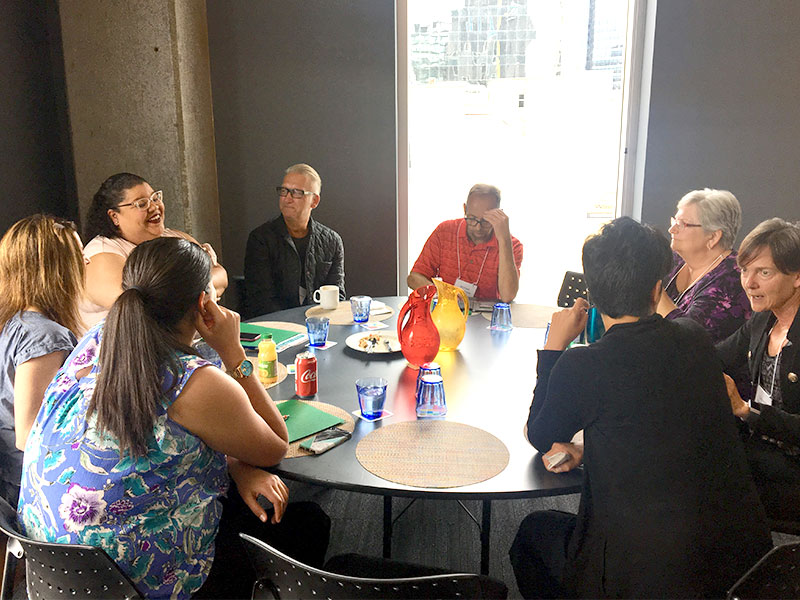 Click the photos below to read each team member’s bio 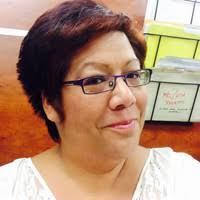 My name is Arlene Desjarlais. My husband Glen and I are of Métis; we live in Winnipeg, Manitoba and this is our story. My husband Glen and I were introduced to the world of dialysis acutely in September 2012. Glen and I along with his renal team had been in the planning stages of Glen’s transition from monitoring to dialysis and transplant planning just prior to his acute start September morning. I called the renal clinic at Seven Oaks Hospital after Glen had endured a very rough night of overall feeling as though his body was about to give out at any time. I spoke with nurse Louise, and she instructed me to bring him right away as they would be waiting for us and that Glen would be having an emergency procedure to insert a central line and would be hooked up to his 1st hemodialysis treatment that very morning. Glen and I were terrified before arriving at the clinic, and I was sure that he was not going to survive. As I watched Glen take every labored breath during that 1st treatment, I knew our lives were forever changed and we had become a part of a brand-new family.

Although Glen initially started on in-centre hemodialysis, he was given the opportunity to train on peritoneal dialysis (PD). In January 2013, we attended the training together and were quite surprised by how quickly we were able to learn what needed to be done for this type of dialysis. Once fully trained, we were sent home with all the supplies Glen needed to start this treatment at home that very night. The freedom that PD brought to our lives meant that although he did have to perform a life-sustaining treatment as part of our everyday life, we were able to live a normal active life.

Things changed for Glen however in 2015, he had endured many challenges with his health due to his chronic kidney disease. Although he was able to do PD at home for almost 2 ½ years, he was faced with having to switch back to in-centre hemodialysis. Glen’s renal team felt that this was the best course of action. Glen had heart bypass surgery and he was at home recovering when discussions were had about Glen being trained to do home hemodialysis, and he started training in September 2015 with the Home Hemodialysis team. Although reluctant at first, he was able to complete his training and start doing his dialysis once again at home by the end of October 2015. At the time of Glen’s passing in February of 2016, he was able to set his own dialysis schedule which once again meant he had the freedom to live life fully as he no longer had to seek treatment in centre.

During our 4 years with our renal team, Glen had endured many complications. However, with every complication there was always a positive side to things. We learned that no matter what setback or complication there was, our team was behind us all the way. I learned that no matter what to always be persistent and ask as many questions as necessary until I felt we were heard. I learned that our health system can be flawed at times and that you must speak loudly to be heard. I learned that there are many patients going through all of this alone, and unlike my husband Glen, they do not have that voice speaking up for them in their time of need. My life’s mission is to now carry on Glen’s legacy by using my voice to champion all that the renal community is working on to not only find a cure for CKD but to raise awareness. I have found a purpose and a passion after the death of my beloved Glen to help ensure that no other family has to go through such a loss. 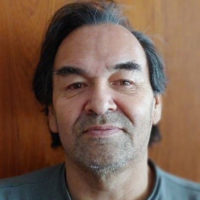 My name is George Jeffrey Fontaine and I was born in 1961 in Brandon, Manitoba and I am a First Nations person. I trained at the RCMP Depot in Regina, Saskatchewan to become a Constable with the RCMP division in Manitoba. After a few years I left the force, finding my way to El Paso, Texas where I trained as a heavy equipment and transport operator and began my 25-year career as a Class 1 Long Haul driver. My family life includes being a father to two daughters and a grandfather to ten grandchildren. My children live close by, and I spend as much time as possible visiting and helping them.

In 1999, I was diagnosed with Type 2 Diabetes and in 2009 I was further diagnosed with pancreatic cancer which resulted in major surgery. In 2015, due to kidney disease, I began receiving dialysis with the Renal Care Program in Winnipeg.

I have volunteered as a Patient Partner with the Can-SOLVE Triple I research project since its inception. I came into this project because it gave me the opportunity to advocate on behalf of myself and other patients since I felt that we needed more individualized information about chronic kidney disease and better communication with healthcare providers. Triple I continually provides me the chance to help create better services and information for patients and caregivers. 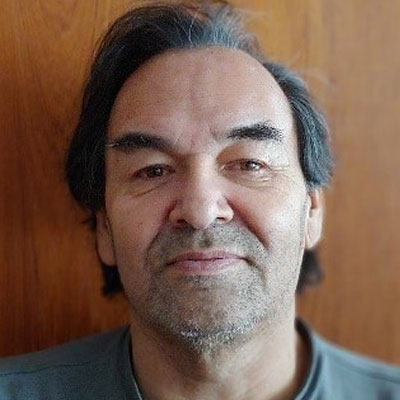 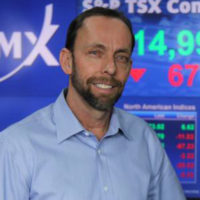 At 18 years of age, I was diagnosed with Chronic Kidney Disease (CKD). My primary disease process is Focal Segmental Glomerulosclerosis (FSGS); I have been on hemodialysis for over 27 years, and on home hemodialysis for the past 15 years. I have had two living related kidney transplants, from my Dad and from a cousin. Both transplants failed immediately on the operating room table with extremely aggressive reoccurrence of FSGS in the transplanted kidney. At this time, I am not on the transplant list, as it is believed that the same outcome will occur as with the first two transplants.

I work full time as a Senior Manager at the Toronto Stock Exchange. I workout on a regular basis, including yoga, to maintain my overall health. In the winter, I curl competitively, reaching provincial finals twice; in the summer, I sail and golf. My wife and I also like to travel, we enjoy discovering new places. We have travelled to almost every province in Canada, over a dozen cities in the US, several locations in the Caribbean and many countries in Europe. Beyond the additional complexities of booking travel like everyone else, part of our travel planning includes finding and arranging a local dialysis unit at our destination.

I have recently become active with the Kidney Foundation of Canada – Ontario Branch, as a Peer Support Counselor. I believe that having access to a network of like-minded, progressive patients who have a keen interest in living a productive life, despite being diagnosed with CKD, is critical. I am part of a roster of several dialysis patients that are available to be matched to new patients and have spoken publicly at York University on risk factors and treatment options for CKD. I am also a standing member of the Ontario Renal Network (ORN) Patient and Family Advisory Council (PFAC). 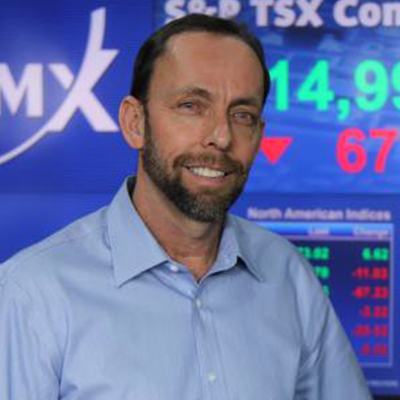 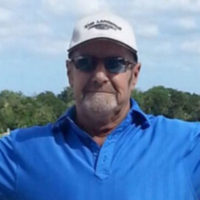 Hello, I would like to introduce myself. My name is Timothy Slater and I am a new Patient Partner with the Triple I project. My previous focus in life was working full time for the Federal Government as the Chief of Facilities Management at a Federal Multilevel Institution, Collins Bay Institution (Kingston, Ontario). After working for the Federal Government for 31 years, retirement led me – like a lot of my peers – into volunteerism. My first volunteer position was when I joined the Kingston General Hospital as a Patient and Family Advisor Committee (PFAC) member, and I am now volunteering as a Patient Partner member of the Triple I team.

My attraction to the Triple I team is that their members share my vision of what hemodialysis should be all about, which is a multi-disciplined, patient friendly, cooperative interaction that is meaningful to both patients and staff. What I hope to offer to the Triple I team is my 28 years of experience as a renal dialysis patient and three years as a transplant patient. During my time as a dialysis patient, I have seen positive changes both in the mechanics of dialysis and recently in the co-operative approach in the clinics.

I firmly believe in patient self-care and I live my life as an example that hemodialysis is not a death sentence, but rather something that can be managed with the right knowledge, support, and attitude. I am looking forward to helping the Triple I team move forward into the Second Wave of this project. 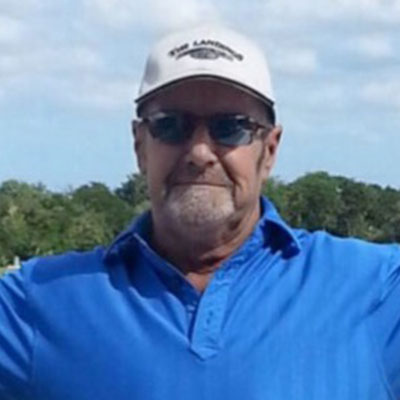 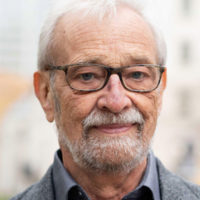 My name is Hans Vorster, I live in Kingston, Ontario, and I’m a happy man. Some 25 years ago, I was diagnosed with Chronic Kidney Disease resulting from a disease called Focal Segmental Glomerulosclerosis (aka FSGS) which is incurable and even as little as 40-50 years ago would likely have led to an early death. But treatment was possible and has developed on a steep curve over that interval. I was a witness to and a beneficiary of those evolving treatments. Hence I have traveled the full journey of CKD from diagnosis to monitoring and treatment of symptoms through dialysis, in-centre and at home, and finally the transplant of a preowned, well maintained and healthy kidney. I feel great and I live as normal a life as any other grey haired old fart, and that makes me a very happy man.

However, none of this would have happened without a crowd of other people, from all the professionals, nurses, physicians, support staff, lab technicians and many more as well, of course, friends and family, caregivers and finally the consideration and generosity of my anonymous donor. This leaves me with a considerable sense of obligation to do something in return. I’m in no position to fund a hospital or perhaps a satellite clinic or even a dialysis chair, but I do have time, and a more or less still working brain, and mostly experience. Therefore, I have chosen to dedicate as much time as I can muster to help in improving the patient experience by working on projects that assure that patients and their caregivers are a fully integrated part of their own care team (Patient Centered Care), that communications among and between the various components of care are fully transparent and accessible and that research conducted into renal disease and others, give full consideration of the impact the research will have on patients, not just the outcomes but the process, by engaging patients at all levels of the undertaking from conceptualization and design through execution, analysis and reporting. There have been great strides made in all these areas to the degree that we can point to a culture shift in the patient-professional medical relationship – and this makes me a happy man! 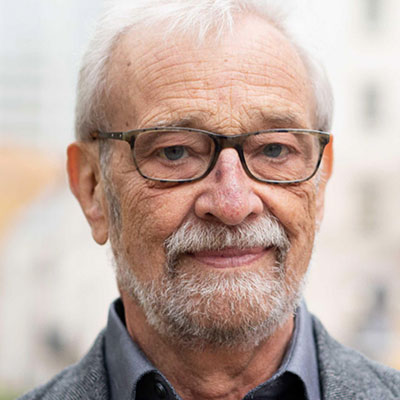